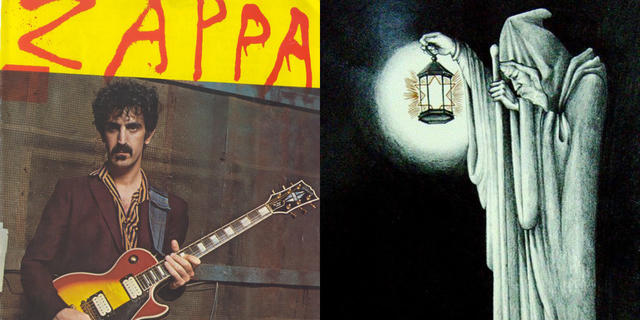 Frank Zappa put together a formidable band in 1988, for what became his last tour; he later called it the best band he’d ever taken on the road. Zappa told an interviewer from Guitarist Magazine: [The band] was unique because it combined a very strong five-piece horn section with all kinds of electronic stuff, with effects on the percussion section, on the drums, multiple keyboards—a very interesting blend of this horn harmony and very strange sound effects. [...] All those little effects and things coming in, that’s just the way it was on the live show. We had three stations generating samples; there was Ed Mann, who had this whole vocabulary of dog barks and bubbles and weird shit, then there was Chad Wackerman who had all these strange percussion things hooked up to a big rig, and then there was the synclavier, which I could play when I wasn’t playing the guitar.