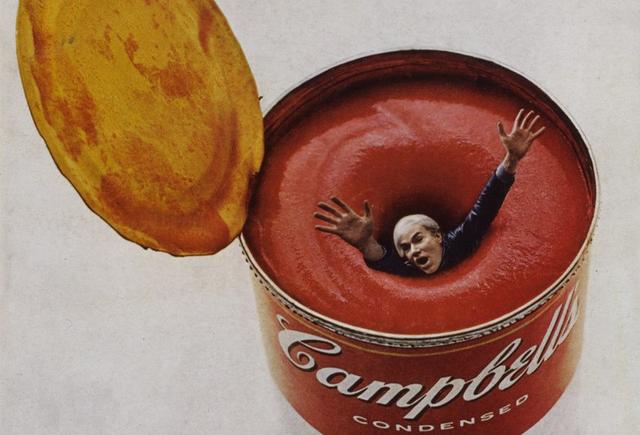 In its December 1949 issue Harper’s published a short story by John Cheever—the story was called “Vega,” and it was illustrated by a young artist named Andy Warhol, who was all of 21 years old at the time. The editor of Harper’s at the time was Russell Lynes, and at some point he wrote Warhol asking him for some biographical information. Warhol responded with an unmistakably Warholian document, featuring a cute drawing, an upbeat greeting, and a bare minimum of upper-case letters (there are five in all). Perhaps fittingly, Warhol plays the humble card, insisting that his “life couldn’t fill a penny post card” and that he has spent the previous few months “moving from one roach infested apartment to another.” (Warhol lived in at least two such apartments with his old school chum Philip Pearlstein.)