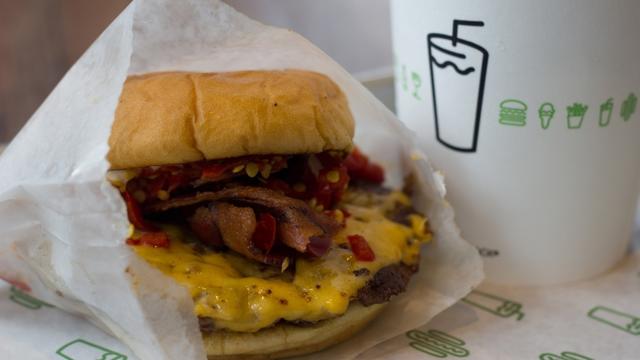 Shake Shack’s fourth quarter revenue rose 51%, reflecting strong growth for the New York burger chain’s first quarter as a publicly traded company. It also outlined sales targets for the new year that met expectations. Here are some of the key details from the company’s earnings report. What you need to know: Shake Shack’s results were broadly stronger than Wall Street expected, although this wasn’t a home run debut. Total revenue grew to $34.8 million, better than the $33 million projected by Wall Street analysts. Same-store sales jumped 7.2%, better than the 4% predicted by analysts. Still, shares of the high-flying stock were down about 6% in after-hours trading Wednesday.