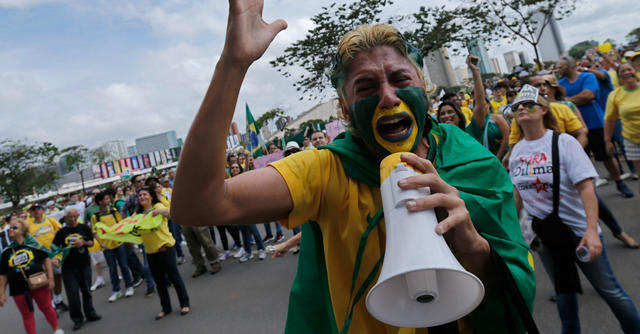 Thousands of Brazilians protest in the streets against President Dilma Rousseff — mashable.com

Thousands of Brazilians took to the streets of the country's biggest cities on Sunday to protest the presidency of Dilma Rousseff and the Workers' Party (PT). Rousseff and the PT have been embroiled in a corruption scandal in which one of the country's largest oil producers, Petrobras, allegedly gave money for political support. Dozens of politicians are currently under investigation in relation to the case, according to NPR.