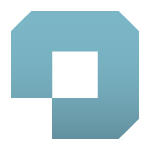 A philosopher perhaps more widely known for his prodigious mustache than for the varieties of his thought, Friedrich Nietzsche often seems to be misread more than read. Even someone like Michel Foucault could gloss over a crucial fact about Nietzsche’s body of work: Foucault remarked in an unpublished interview that Nietzsche’s “wonderful ideas” were “used by the Nazi Party.” But that use, he neglected to mention, came about through a scheme hatched by Nietzsche’s sister, after his mental collapse and death, to edit, change, and otherwise manipulate the thinker’s work in a way The Telegraph deemed “criminal.” Foucault may not have known the full context, but Nietzsche had about as much sympathy for fascism as he did for Christianity–both reasons for his break with composer Richard Wagner.