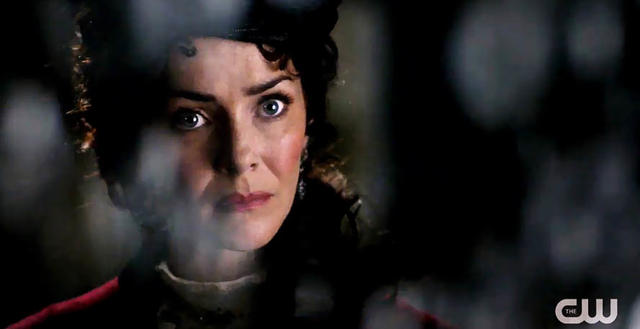 Can we trust Lily Salvatore on ‘The Vampire Diaries?’ — hypable.com

Home TV The Vampire Diaries Can we trust Lily Salvatore on ‘The Vampire Diaries?’ Last week we were introduced to Lily Salvatore on The Vampire Diaries, a vampire who’s ripped up so many people that the Gemini coven had to imprison her. Now that she’s free, though, can we trust her? Here are the facts: Lily Salvatore faked her death in 1858 when she turned into a vampire. She, allegedly, had no plans to flee from her home until she visited Stefan in his sleep, where the urge to feed on her son was so strong she had no option but to leave. She migrated over to Europe where she then proceeded to kill thousands of humans, ripping them apart (much like Stefan did in the 20s) and leaving a trail of dead bodies behind her. On her trip back to New York in 1903 she was caught by the Gemini coven and trapped in her own prison world for sake of everyone else’s safety.