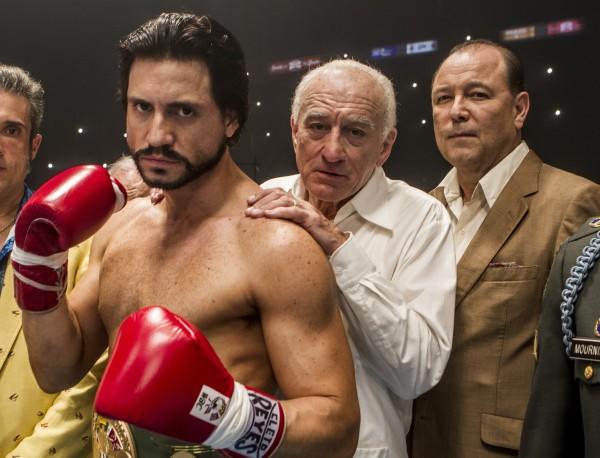 Robert De Niro hasn’t set foot in the ring in more than a decade. That much he says in the new Hands of Stone trailer, and if we disregard his stint in Grudge Match with Sylvester Stallone, it’s also true of his career — De Niro starred in the boxing movie of all boxing movies, Martin Scorsese’s Raging Bull, in 1980. What brings him back as trainer Ray Arcel this time is Edgar Ramirez, playing promising Panamanian fighter Roberto Duran. He needs to be whipped into shape for a match against Sugar Ray Leonard (by way of Usher). Hands of Stone is the story of how this athlete entered the sport at the age of 16, battled Leonard in 1980 to become the WBC welterweight, and their rematch.