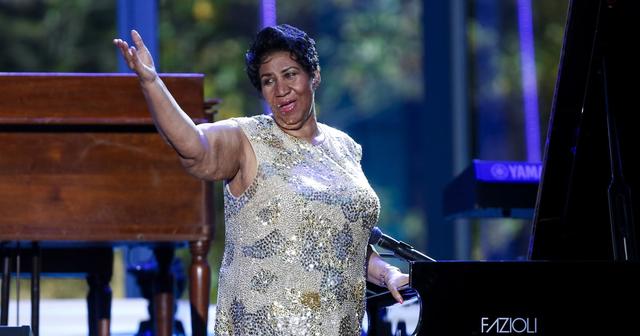 Aretha Franklin has canceled a handful of upcoming concerts following a recommendation by her doctors to rest up. "Due to doctors' orders I will have to cancel a few concerts for the next month or so," the soul legend said in a statement Monday. At least five shows have been canceled, including an August 26th performance at the Wolf Trap National Park for the Performing Arts in Vienna, Virginia, the Associated Press reports. A pair of Radio City Music Hall shows in New York – an appearance at the Tony Bennett Celebrates 90 show on September 15th and Franklin's solo concert on September 23rd – have also been canceled along with October gigs in Detroit and St. Louis.