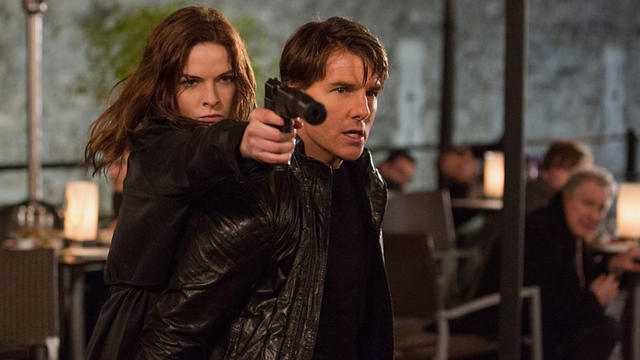 Ethan Hunt's next mission has been put on pause. Sources on Friday told The Hollywood Reporter that Tom Cruise is looking for backend compensation similar to what he's getting on Universal's The Mummy reboot, so preproduction on Mission: Impossible 6 has been halted due to the star's salary dispute with Paramount.  As the situation unfolds, it's worth looking back at what the franchise as a whole has meant to the action genre.