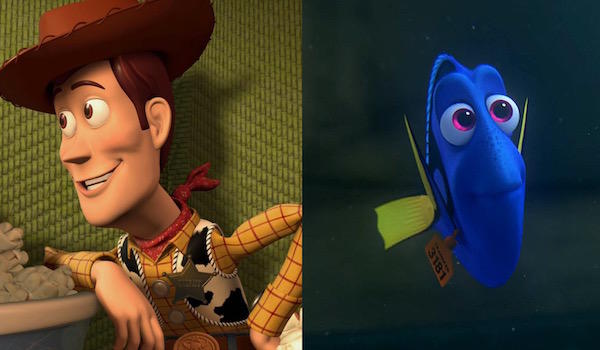 Tom Hanks And Ellen Bring Woody And Dory's Voices Together, And It's Absolute Pixar Magic — cinemablend.com

Tom Hanks appeared as a guest on Ellen and the two happen to share Pixar films on their resumes. Tom Hanks helped kick off the first Pixar film, Toy Story, as the voice of Woody, while Ellen voiced the forgetful fish Dory in Finding Nemo and her own spin-off, Finding Dory. As characters go, the two are pretty lovable, and Hanks and Ellen are no slouches in that department either. Hanks talked about how kids get excited around him because he plays Woody but they always end up a little disappointed because he isn't an actual cowboy doll. So, he tells them to close their eyes and imagine Woody while he does the voice. That's pretty sweet and it leads to Hanks telling the whole audience to close their eyes while he and Ellen do their Pixar character.