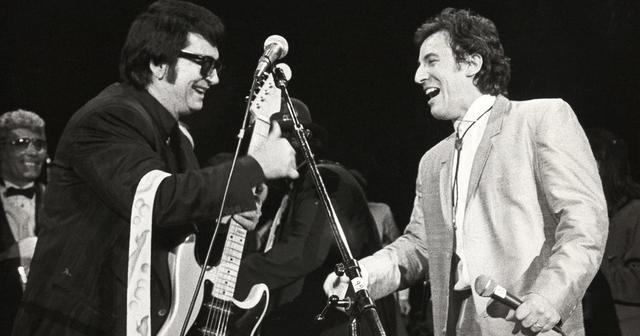 Marking the 30th anniversary of Roy Orbison's 1987 comeback TV special, Sony's Legacy Recordings will release a re-edited, remastered and expanded version of the program, titled Black and White Night 30, on February 24th. The set, available on both CD/DVD and CD/Blu-ray combos, includes an in-depth, 33-minute mini-documentary featuring rehearsal footage and pre-/post-show interviews. In the above clip, many of the rock legends in attendance at the show, including Bruce Springsteen, Tom Waits, Elvis Costello and Bonnie Raitt, praise Orbison's unique vocal style and underrated songwriting talents.