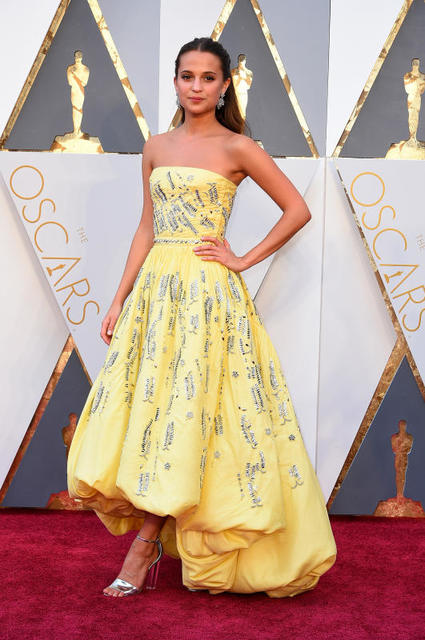 In "Tulip Fever," Alicia Vikander stars as Sophia, a wealthy young woman in 17th century Amsterdam who falls for an artist commissioned by her husband to paint her portrait. In honor of the film's debut on Feb. 24, 2017, Wonderwall.com is taking a look back at the Swedish actress' most notable style moments, starting with her red carpet look during the 2016 Academy Awards. Alicia channeled Belle in a divisive canary-yellow Louis Vuitton high-low gown. Later in the evening, she picked up the Oscar for best supporting actress for her performance in "The Danish Girl." Now keep reading for more of her most memorable fashion moments!