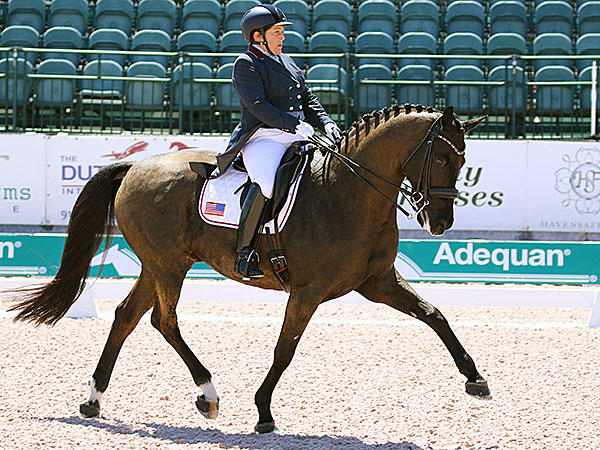 WELLINGTON, Florida, Mar. 16, 2017–Shelly Francis rode Danilo to their first Big Tour victory when the American pair led a sweep of the top three places in the Adequan Global Dressage Festival CDI3* Grand Prix Thursday. Shelly of Loxahatchee, Florida and the 13-year-old Hanoverian gelding scored 70.020 per cent in their third year at Grand Prix on both sides of the Atlantic. P.J. Rizvi, fighting a bad ‘flu, and Breaking Dawn placed second on 68.200 per cent.