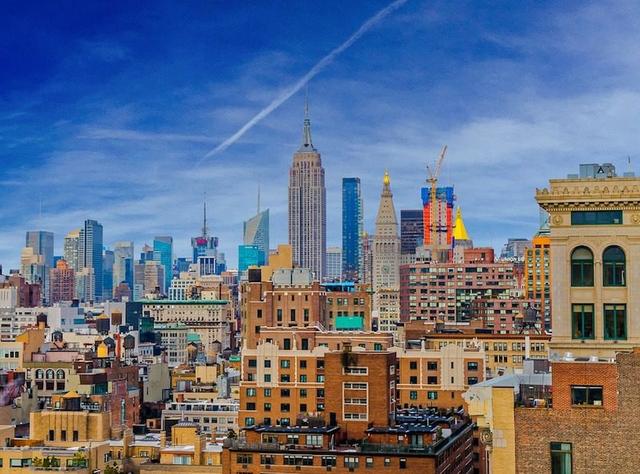 I’m not sure how I feel about this new New York, let alone the skyline that has metamorphosed in the blink of an eye. Â I know that’s not the case since buildings, especially skyscrapers, take years to plan and construct, but the city’s new silhouette has arrived. And I’m not happy about it. Yes, new towers have been cropping up for a while now â€“ the construction boom is on. But at some point over the past year or so, the view of the New York skyline changed from outside the Lincoln Tunnel. The Empire State Building, which has long been the focal point because of its central location and the majestic spire reaching for the stars, is not even in the picture. Yes, you read my words correctly. The Empire State Building is no longer visible as you approach the Lincoln Tunnel. (Sigh.)