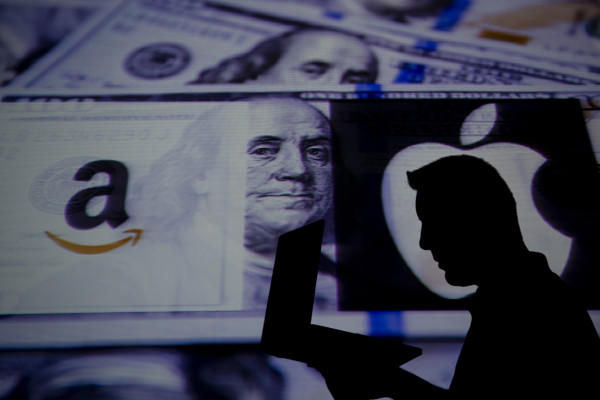 States to launch antitrust investigation into big tech companies, reports say Manish Singh 8 hours The state attorneys in more than a dozen states are preparing to begin an antitrust investigation of the tech giants, the Wall Street Journal and the New York Times reported Monday, putting the spotlight on an industry that is already facing federal scrutiny. The bipartisan group of attorneys from as many as 20 states is expected to formally launch a probe as soon as next month to assess whether tech companies are using their dominant market position to hurt competition, WSJ reported. If true, the move follows the Department of Justice, which last month announced its own antitrust review of how online platforms scaled to their gigantic sizes and whether they are using their power to curb competition and stifle innovation. Earlier this year, the Federal Trade Commission formed a task force to monitor competition among tech platforms. It won’t be unprecedented for a group of states to look at a technology giant. In 1998, 20 states joined the Justice Department in suing Microsoft . The states could play a key role in building evidence and garnering public support for major investigations. Because the tentacles of Google, Facebook, Amazon, and Apple reach so many industries, any investigation into them could last for years. Apple and Google pointed the Times to their previous official statements on the matter, in which they have argued that they have been vastly innovative and created an environment that has benefited the consumers. Amazon and Facebook did not comment. Also on Monday, Joseph Simons, the chairman of FTC, warned that Facebook’s planned effort to integrate Instagram and WhatsApp could stymie any attempt by the agency to break up the social media giant. “If they’re maintaining separate business structures and infrastructure, it’s much easier to have a divestiture in that circumstance than in where they’re completely enmeshed and all the eggs are scrambled,” Simons told the Financial Times.