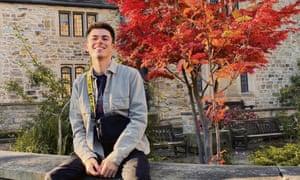 The rise of EduTube: how social media influencers are shaping universities — theguardian.com

When Jack Edwards uploads a video to YouTube about the highs and lows of his life as a Durham University student, it is watched by 162,000 subscribers. This year the college at which he studies, St Cuthbert’s, has been oversubscribed for the first time. He’s been told that the college principal thinks this is no coincidence: she’s calling it “the Jack Edwards effect”. Despite his popularity, Edwards says people are often surprised to find he has no relationship with the university – for instance through speaking at open days or contributing to its prospectus. While he appreciates the authenticity this lends his videos, he thinks it’s a missed opportunity for Durham. “People are watching these videos and it gives them reassurance that [the university] is a good option,” he says.