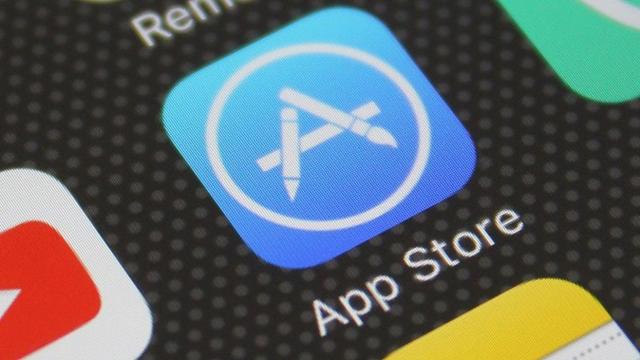 A number of top app makers have banded together to fight against Apple’s control of its App Store and, to a lesser extent, Google’s control of the Play Store — a topic of increased regulatory scrutiny in recent months. Today, 13 app publishers, including Epic Games, Deezer, Basecamp, Tile, Spotify and others, have launched the Coalition for App Fairness. The new organization formalizes efforts the companies already have underway that focus on either forcing app store providers to change their policies, or ultimately forcing the app stores into regulation. Epic Games, for example, is currently involved in a lawsuit against Apple over the App Store’s commission guidelines. Basecamp’s launch of its Hey email app led to a public battle between the two after Apple blocked the app’s updates for its decision to not use Apple’s own in-app purchase platform. Other app makers in the group have through public statements previously spoken out against Apple’s practices, and some have also communicated their complaints to Congress. Included in the new group of app makers are Basecamp, Blix, Blockchain.com, Deezer, Epic Games, the European Publishers Council, Match Group, News Media Europe, Prepear, Protonmail, SkyDemon, Spotify and Tile. On the coalition’s website, the group details its key issues, which include anti-competitive practices, like the app stores’ 30% commission structure, and the inability to distribute software to billions of Apple devices through any other means but the App Store, which the group sees as an affront to personal freedom. Google allows apps to be side-loaded, so it’s not as much of a target on this front. In fact, much of the focus of the coalition’s efforts have to do with Apple’s business, given its stricter guidelines. Of course, much of Apple’s success in the app economy can be attributed to its tight controls over how apps are created, designed, reviewed and distributed. Its App Store is purged of junk and spam more often and app reviews are handled largely by humans, not automated tech. Apple app developers also have to abide by guidelines that control how their app should look and feel, what sort of content is allowed and how those apps should behave. Its rules around in-app purchases have also led to a customer experience where making purchases inside an app are as simple as pressing down your thumb or clicking a button, then looking at your phone to complete a transaction. On the flip side, however, Apple’s guidelines don’t offer much freedom to businesses that have no need to rely on the App Store for things like customer acquisition, search ads or the handling of payments. They may also be capable of hosting their own app and services and their own infrastructure, but have no choice but to use Apple’s platform to reach iOS customers. “As enforcers, regulators, and legislators around the world investigate Apple for its anti-competitive behavior, The Coalition for App Fairness will be the voice of app and game developers in the effort to protect consumer choice and create a level playing field for all,” said Horacio Gutierrez, head of Global Affairs and chief legal officer at Spotify, in a statement issued by the group on Thursday. The group has also published a list of 10 “App Store Principles” it would like to see enacted industry-wide. These include the ability to distribute apps outside of app stores, protections from having their own data used against them to compete, timely access to developer documentation, the right to communicate with users through its app for legitimate business purposes, no requirements to use the app store’s payment systems, no requirements to pay unfair fees and more. The members have also issued individual statements, which are available on the group’s website and, perhaps mostly importantly, they’ve launched a mechanism to recruit new members. App makers who feel similarly oppressed by Apple’s practices are able to fill out a form to request to join. The organization says this represents “an open call to all developers, big and small, to join us.” Apple didn’t directly comment on the group’s launch, but it did today release new resources, including a redesign of its About the App Store page that details its benefits, the addition of a page that focused specifically on developer benefits, an overview of the advantages provided by its app developer program and a new site that explains its Apple Video Partner program and how to apply. Apple tends to not be transparent about some of its programs. Instead, it tends to brief press on background when its rules change (or it say, launches new websites…), instead of issuing public statements, writing blog posts, or issuing press releases. When reached for comment over App Store issues, Apple rarely goes on record. But the company’s inner operations were revealed during the recent antitrust hearings, which brought to light how it cut a special deal with Amazon, how it determined which apps to commission and how it handled complex decisions — like banning an entire category of apps by claiming they were now a privacy threat, instead of offering an alternative path to remain in business. The backlash over this behavior has been bubbling up for years and is now coming to a head thanks to the regulator investigations. Not all the companies fighting Apple are necessarily in it to save the little guy, however. Had Apple quietly cut special deals with Epic or Spotify too, you may have never heard from them about App Store abuses.