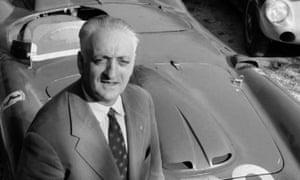 Piero Ferrari: 'His heritage remains … the DNA from my father’s time is still there' | Sport | The Guardian — theguardian.com