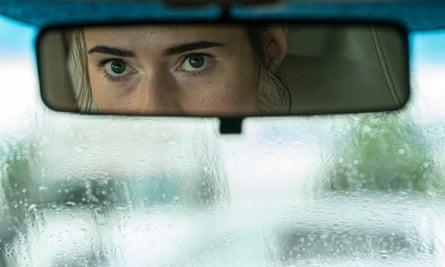 Stuck in standstill traffic, single mum Rachel (the sparky Caren Pistorius) is late dropping her son, Kyle (Gabriel Bateman), at school and on the verge of being fired from an already precarious freelance hairdressing gig. Her ex-husband is being difficult and her ailing mother has recently been relocated to a care home. When she honks her horn and impatiently overtakes a grey pick-up truck, it’s understandable. Unfortunately, its driver is also feeling fragile. Unnamed in the film but listed in its credits as “The Man”, a hulking, sweating, highly medicated Russell Crowe demands an apology. “I need you to learn what a bad day is and I need you to learn how to say sorry,” he seethes, attempting to run her over for the remainder of the film.This zippy car chase thriller shares some DNA with Joel Schumacher’s 1993 black comedy Falling Down, which saw Michael Douglas’s white collar divorcee clashing with Los Angeles’s multicultural residents after abandoning his car and making his way across the city on foot. Both are darkly funny studies and send-ups of emasculated men, with Crowe’s character claiming to have been “dismissed as the unworthiest fuck to ever walk the planet”.