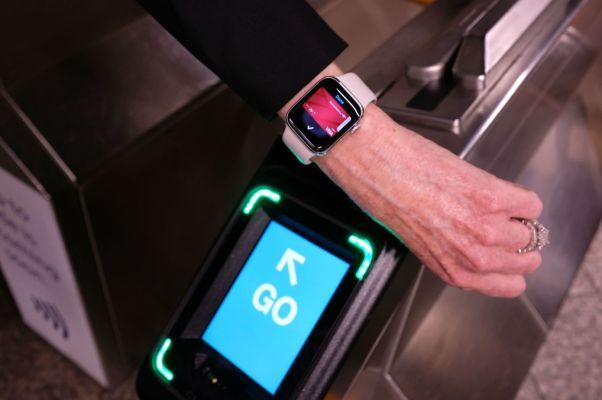 NYC MTA’s contactless fare system completes rollout, will phase out MetroCard in 2023 Brian Heater @bheater / 2 weeks On the last day of 2020, New York City’s Metro Transit Authority announced that it has finished its roll out of contactless payment systems. With the addition of a final stop in Brooklyn, every MTA subway station and bus in the five boroughs now sports the OMNY “Tap and Go” system. We got an early demo of the Grand Central terminals when the project rollout began last May. The system involves a major infrastructure overhaul as the transit authority looks beyond the iconic Metro Card to mobile payment systems from vendors like Apple, Google, Samsung and Fitbit – allowing users to use smartphones and smartwatches to swipe their way through the turn style. The MTA had expected to finish the project by October – though COVID-19 put the kibosh on those plans along with so much else. The goal was pushed back to December, and it appears it’s been met with no time to spare. Join us for a major announcement about the rollout of OMNY, our state-of-the-art payment system that will replace MetroCard completely in 2023. https://t.co/ZMnSlDEaml — MTA. Wear a Mask. Stop the Spread. (@MTA) December 31, 2020 MetroCards are sticking around for the time being – though the MTA expects they will be phased out at some point in 2023. Part of the transition involves the arrival of the OMNY Card, which use the new technology but function similarly to MetroCard. A reduced far version of the card is set to arrive for riders who qualify at some point in 2021. The new readers are also coming to the Metro-North and Long Island Rail Road systems.