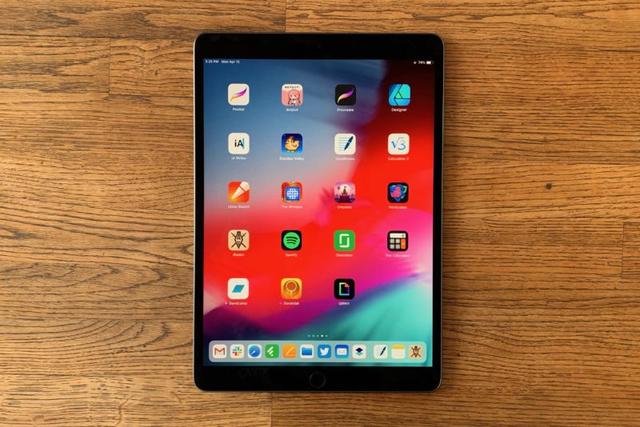 Enlarge / The front of the 2019 iPad Air, which has since been replaced with a more modern design.Samuel Axon Apple has released new versions of its iPadOS and macOS operating systems just a couple of days after the company updated iOS, watchOS, and tvOS. The iPadOS update adds some new features and shares a lot with its iOS counterpart, while the macOS release is a modest one that focuses on a couple of bug fixes. It's unusual for an iPadOS update to arrive after an iOS update, and it's likely that Apple delayed iPadOS at the last minute to address some issue, but we don't know for sure. In any case, the update is here now. iPadOS 14.7 Many of the new features and bug fixes Apple lists in iPadOS 14.7's release notes are the same as those seen in iOS 14.7 earlier this week. The first bullet point highlights the ability to tie two individuals in a family unit to the same Apple Card account, allowing them to develop credit together. The update also introduces a way to manage timers on a HomePod and tweaks the Podcasts interface. In one iPad-specific note, Apple says it has fixed a problem that caused audio to skip when using USB-C-to-3.5 mm headphone jack adapters. Apple's full release notes from iPadOS 14.7 are as follows: iPadOS 14.7 includes the following improvements and bug fixes for your iPad: Apple Card family adds the option to combine credit limits and share one co-owned account with an existing Apple Card user Home app adds the ability to manage timers on HomePod Podcasts library allows you to choose to see all shows or only followed shows Share Playlist menu option missing in Apple Music Dolby Atmos and Apple Music lossless audio playback may unexpectedly stop Braille displays could show invalid information while composing Mail messages Audio may skip when using USB-C to 3.5 mm headphone jack adapters with iPad macOS Big Sur 11.5 macOS Big Sur 11.5 also landed for supported Macs today, but it is a smaller release that delivers a few bug fixes and several security updates. It has the same Podcasts tweak as seen in iOS and iPadOS, and it fixes an issue related to data in the Music app and another with smart cards on M1 Macs. Advertisement Here are the full macOS 11.5 release notes: macOS Big Sur 11.5 includes the following improvements for your Mac: Podcasts Library tab allows you to choose to see all shows or only followed shows This release also fixes the following issues: Music may not update play count and last played date in your library Smart cards may not work when logging into Mac computers with the M1 chip For more detailed information about this update, please visit: https://support.apple.com/kb/HT211896 You can read about the security updates in these releases on Apple's website, and there are quite a few for this version of macOS. Apple also clarified that this week's iOS update (and iPadOS, too) addressed a widely publicized Wi-Fi-related vulnerability. From the security update documentation: Impact: Joining a malicious Wi-Fi network may result in a denial of service or arbitrary code execution Description: This issue was addressed with improved checks With these macOS and iPadOS releases, Apple has now updated its entire suite of operating systems. These updates may be the last ones (other than emergency security or bug fixes) before Apple launches major new versions of iOS and macOS this fall.