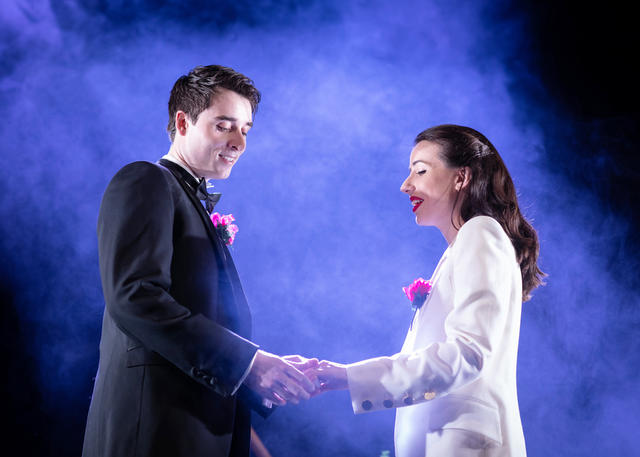 An intriguing concept and two powerful performances don't stop The Last Five Years from being as frustrating as, well, the last five years. This two-decade-old American import from the pen of Jason Robert Brown has been lauded Stateside and arrives in the West End after a run at the Southwark Playhouse last year. The latest two-hander to hit the London stage (after the brilliant Lungs and this year's Constellations series) comes with a fun premise; a pair of lovers alternately describe their five-year relationship from their own perspectives but, while aspiring novelist Jamie starts his story from when they meet, actress Cathy's recounting begins as the couple break up and then works her way backwards.