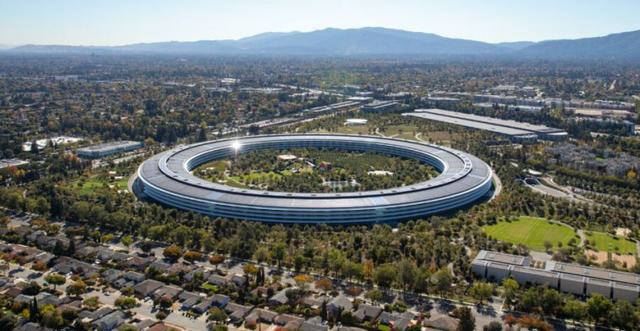 Enlarge / Apple's global headquarters in Cupertino, California. Software developers have discovered apparent references to a new Apple operating system called "realityOS" in App Store upload logs and in GitHub repositories used by the company. The references were shared widely by developers Rens Verhoeven and Steve Troughton-Smith on Twitter. Verhoeven tweeted: The tweet was accompanied by a screenshot from the logs that included "com.apple.platform.realityos" alongside a similar reference for an existing platform, "com.apple.platform.watchos." And while quote-tweeting a callout of the GitHub repo find by Nicolás Álvarez, Troughton-Smith tweeted the following: The screenshots accompanying that tweet included code comments like "// allow iOS executables to use realityOS dylibs" and "// allow iOS_Sim executables to use realityOS_Sim dylibs." The fact that Apple is working on a mixed reality platform is not new news, however. Based on job listings on Apple's careers site, numerous reliable reports, and other sources, Apple's mixed reality platform has been in development for years, with a team of thousands. Advertisement The mixed reality platform has faced several delays, however. For example, Bloomberg reported back in 2017 that Apple's first headset was targeting a 2019 release date. That report called Apple's custom operating system for mixed reality devices "rOS." Analysts like Ming-chi Kuo and reporters like Bloomberg's Mark Gurman have been claiming that a high-end mixed reality headset has been coming for a while. Some reports said a headset would come this year, but others recently claimed that one could arrive in 2023 instead. Details are fuzzy and contradictory. For example, Kuo has said that the device will feature an M1-equivalent processor of its own. This suggests that it may be standalone and won't require an iPhone or Mac nearby. But another recent report claimed that Apple plans to rely on processing on a nearby mobile device. Some of these differences could be because Apple is working on at least two different devices. One is expected to be a high-end, VR-capable headset for immersive content—that's the one expected this year or next. Another device would be AR glasses meant to be worn while walking around public spaces. But the company could also still be experimenting with a variety of product concepts, with the designs and distinguishing features yet to be finalized.