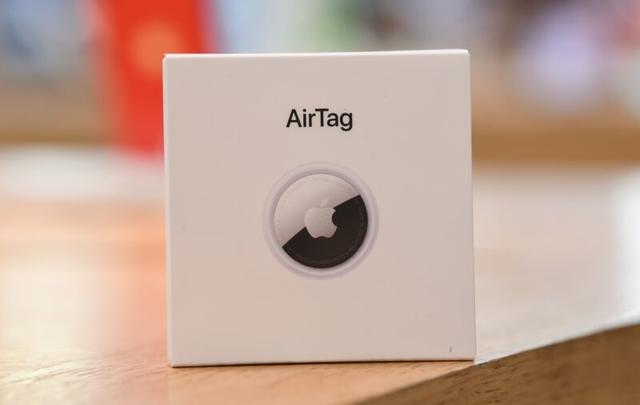 Enlarge / AirTag box at an Apple Store on April 30, 2021, in Sydney, Australia. Getty Images | James D. Morgan Apple yesterday announced upcoming AirTag updates designed to combat stalking and other unwanted tracking. "AirTag was designed to help people locate their personal belongings, not to track people or another person's property, and we condemn in the strongest possible terms any malicious use of our products," Apple said. Thieves have used AirTags to track high-end cars, and stalkers have used the devices to track women. Apple's update yesterday acknowledged that the company has "seen reports of bad actors attempting to misuse AirTag for malicious or criminal purposes." AirTags already have some safety features, such as making beeping sounds when they've been away from their linked devices for a day. iPhones also receive warnings about unknown AirTags nearby. But the beep can be difficult to hear, and the timing of the warnings apparently varies. One person who was tracked "said she was notified four hours after her phone first noticed the rogue gadget," while "others said it took days before they were made aware of an unknown AirTag," a New York Times article in December said. Software updates “later this year” Apple said it will roll out "precision finding" that "allows recipients of an unwanted tracking alert to locate an unknown AirTag with precision. iPhone 11, iPhone 12, and iPhone 13 users will be able to use Precision Finding to see the distance and direction to an unknown AirTag when it is in range. As an iPhone user moves, Precision Finding fuses input from the camera, ARKit, accelerometer, and gyroscope to guide them to the AirTag through a combination of sound, haptics, and visual feedback." Advertisement Apple said the update will be released "later this year" but didn't get more specific on timing. Other changes planned for later this year are as follows: More alerts sent to iOS devices: "When AirTag automatically emits a sound to alert anyone nearby of its presence and is detected moving with your iPhone, iPad, or iPod touch, we will also display an alert on your device that you can then take action on, like playing a sound or using Precision Finding, if available," Apple said. "This will help in cases where the AirTag may be in a location where it is hard to hear or if the AirTag speaker has been tampered with." Earlier alerts: "Our unwanted tracking alert system uses sophisticated logic to determine how we alert users. We plan to update our unwanted tracking alert system to notify users earlier that an unknown AirTag or Find My network accessory may be traveling with them," Apple said. Louder tones: "Currently, iOS users receiving an unwanted tracking alert can play a sound to help them find the unknown AirTag. We will be adjusting the tone sequence to use more of the loudest tones to make an unknown AirTag more easily findable," Apple said.