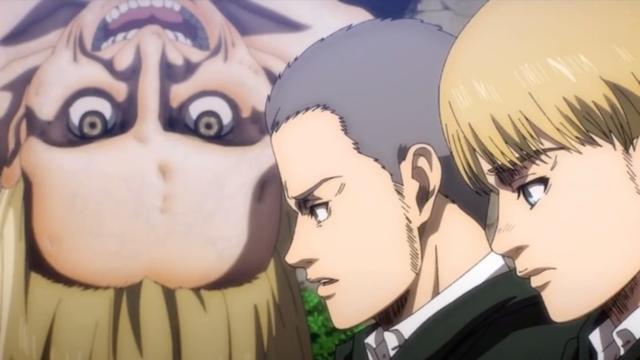 Though our heroes remain fractured and divided, not all hope is lost. Though the Wall Titans’ silhouettes’ loom large in the sky, the tiny and brave yet have a chance to triumph. For that to happen, enemies must mend the rifts between them and join forces, which will require them to swallow their pride. The episode starts by telling us a bit about how Hange and Levi have managed to survive. With Levi all but incapacitated, it’s been on Hange to carry them both, killing the Jaegerists soldiers they once called allies and patching Levi up. After some brief conversation, the two veterans of the Scouts regiment agree that, despite their condition, they must continue fighting. Levi makes his ultimate goal clear: he must kill Zeke.