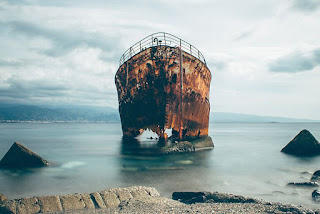 The first case we take is from M. Flammarion’s book, The Unknown (p. 108), and is as follows: “My mother ... who lived in Burgundy, heard one Tuesday, between nine and ten o’clock, the door of the bedroom open and close violently. At the same time, she heard herself called twice—‘Lucie, Lucie!’ The following Tuesday, she heard that her uncle Clementin, who had always had a great affection for her, had died that Tuesday morning, precisely between nine and ten o’clock....” In the following instance, the notification is in visual, instead of auditory form, and is taken from the Proceedings, S. P. R., Vol. X., pp. 213-14:     “About the 14th of September, 1882, my sister and I felt worried and distressed by hearing the ‘death watch’; it lasted a whole day and night. We got up earlier than usual the next morning, about six o’clock, to finish some birthday presents for our mother. As my sister and I were working and talking together, I looked up and saw our young acquaintance standing in front of me and looking at us. I turned to my sister; she saw nothing. I looked again to where he stood; he had vanished. We agreed not to tell anyone... “Some time afterward we heard that our young acquaintance had either committed suicide or had been killed; he was found dead in the woods, twenty-four hours after landing. On looking back to my diary, I found that the marks I made in it corresponded to the date of his death.” The following case is reported in Podmore’s Apparitions and Thought Transference, p. 265:   “The first Thursday of April 1881, while sitting at tea with my back to the window, and talking with my wife in the usual way, I plainly heard a rap at the window, and, looking around, I said to my wife, ‘Why, there’s my grandmother,’ and went to the door, but could not see anyone; and still feeling sure it was my grandmother, and, knowing that, though eighty-three years of age, she was very active and fond of a joke, I went around the house, but could not see anyone. My wife did not hear it. On the following Saturday, I had news that my grandmother died in Yorkshire about half an hour before the time I heard the rapping. The last time I saw her alive I promised, if well, I would attend her funeral; that was some two years before. I was in good health and had no trouble; age, twenty-six years. I did not know that my grandmother was ill. “Rev. Matthew Frost.”     Mrs. Frost writes: “I beg to certify that I perfectly remember all the circumstances my husband has named, but I heard and saw nothing myself.” The following case is from Phantasms of the Living, Vol. II., p. 50: 9 “On February 26th, 1850, I was awake, for I was to go to my sister-in-law, and visiting was then an event for me. About two o’clock in the morning, my brother walked into our room (my sister’s) and stood beside my bed. I called to her, ‘Here is ——.’ He was at the time quartered at Paisley, and a mail car from Belfast passed about that hour not more than a mile from our village... He looked down on us most lovingly, and kindly, and waved his hand, and he was gone! I recollect it all as if it were only last night it occurred, and my feeling of astonishment, not at his coming into the room at all, but where he could have gone. At that very hour, he died.” Mr. Gurney writes: “We have confirmed the date of death in the Army List, and find from a newspaper notice that the death took place in the early morning, and was extremely sudden.” Cases such as the above could be multiplied into the hundreds, but it is not necessary. For our present purposes, the above samples will at least serve to show the character of these “death-coincidences,” and how accurate and how numerous they often are. Labeled Posts Blogger Widget in Tab Style