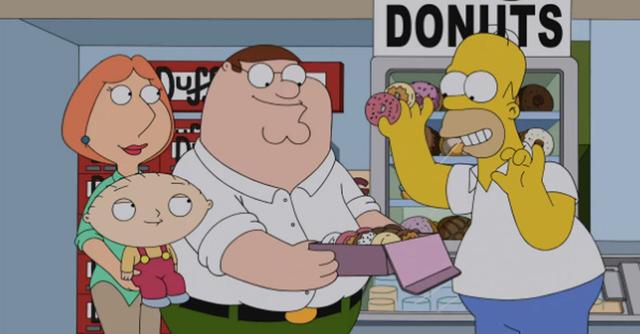 Somewhere between "D'oh!" and "Giggity" lies the upcoming Simpsons and Family Guy crossover episode. Fox has released an extended, five-minute sneak peek of the episode at San Diego Comic-Con, in which Peter and Homer bond over donuts, fight about beer and, from what we can tell, destroy the Springfield Power Plant. Complete with some arguing about originality and a dig at both Bob's Burgers and The Cleveland Show, the episode isn't pulling any punches in regards to the two shows' rivalry. Peter even teaches Homer how to set up one of Family Guy's signature cutaway gags.