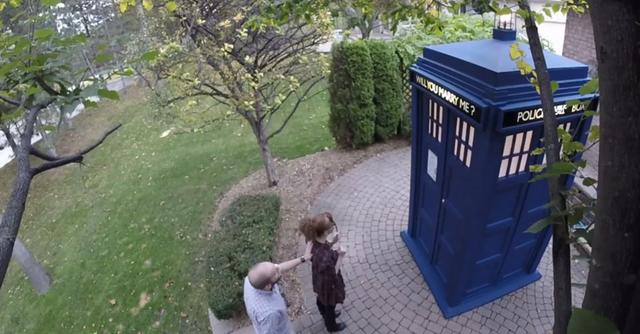 'Doctor Who' Marriage Proposal Will Warm Your Whovian Heart — mashable.com

Doctor Who fan Bill Cindrich built a life-size replica of the T.A.R.D.I.S. to stage an amazing proposal to his girlfriend. After two months of meticulous planning, Cindrich finally got to pop the question by writing "will you marry me" on the top panel of the iconic police box. According to Cindrich's Reddit thread, he told his companion-to-be that he was, in fact, building elaborate Halloween decorations. He also posted plans for other lovestruck Whovians to create their own proposal T.A.R.D.I.S.

that is my dream proposal.

So, start building your own TARDIS from now on! :)