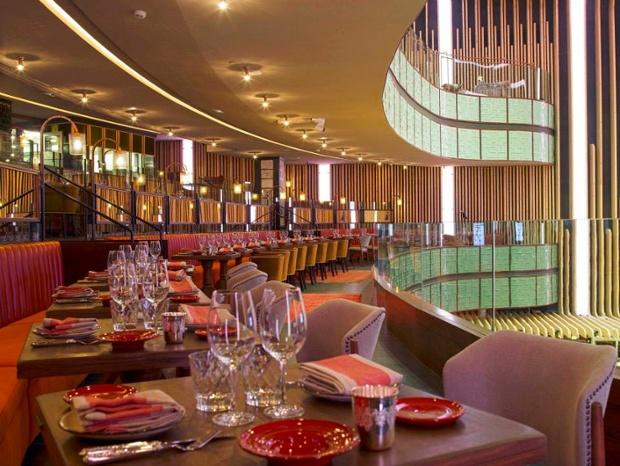 The historic wrought-iron-and-glass Mercado de San Miguel, just off Plaza Mayor, has become one of the liveliest culinary spots in the city since it reopened in 2009 after a nearly six-year restoration. Alongside stalls selling fresh produce are tapas bars offering a wide variety of treats such as gambas al ajillo (garlic prawns) and banderillas (small skewers of olives, cucumbers, peppers and pickled onions). Try La Hora del Vermut for an aperitif of the house vermouth (on draft, €1.50), or grab a caña (small beer, €2) from the Beer House, a glass of rioja (from €3) from any of several wine kiosks, or taste sherries paired with tapas at the Sherry Corner. Don’t miss the mouth-watering displays of oysters, cava, chocolate, caviar, gulas (imitation baby eels made from surimi), and stuffed sea urchins. Prices are higher than Madrid’s more traditional markets, but neither the atmosphere nor the food at the market’s 33 stalls disappoints. • Plaza de San Miguel, mercadodesanmiguel.es. Open Sun-Wed 10am-midnight, Thurs-Sat 10am-2am