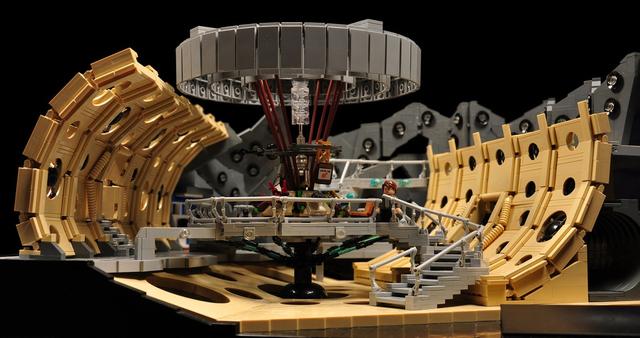 A 'Doctor Who' TARDIS console room, made entirely with Lego — mashable.com

Talented Lego builder and Doctor Who super fan Thorsten Bonsch spent three years perfecting his all-brick tribute to the Doctor's TARDIS before unveiling it online for fellow brick fans. Bonsch modeled his MOC — Lego fan-speak for "My Own Creation" — after the 11th Doctor's first TARDIS console room. The futuristic set, designed by Edward Thomas, debuted in Series 5, which featured Matt Smith as the titular Doctor.