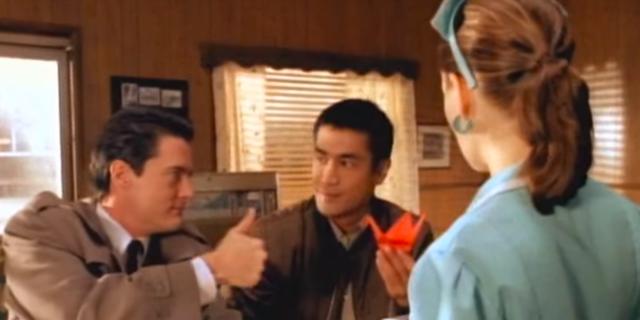 David Lynch made a series of 'Twin Peaks'-themed Japanese ads in the 90s — and they were suitably surreal — businessinsider.com

In 1993 David Lynch directed a series of Japanese coffee advertisements, in which he returned to the world of his cult TV series, Twin Peaks . Uncovered last week by the website Open Culture, the four 30-second advertisements are almost a mini-series of the show, following Kyle MacLachlan’s FBI agent Dale Cooper as he attempts to track down Asami, a missing Japanese woman. The adverts all begin with Angelo Badalamenti’s famously eerie score, and feature cameos from the series' cast, including Michael Horse (Deputy Hawk) and Catherine E Coulson (the “log lady”).